Naymote Partners for Democratic Development notes with concern the prolonged absence of President George Weah from Liberia amid controversies and uncertainties over the conduct of the National Population and Housing Census, and preparations for the 2023 General and Presidential Elections. President Weah’s prolonged absence has caused an apparent leadership void over these crucial national exercises.
His absence from the country for a period of over 40 days is in stark violation of the Government of Liberia’s revised travel ordinance of 2016/2017, which states that the total government-funded delegation at any program or event held outside of Liberia shall not exceed five persons regardless of how many entities are involved. The ordinance also provides that the total number of days spent on any particular trip shall not exceed seven (7) days for which per diem and accommodation shall be funded by the Government. The President of Liberia is receiving US$2,000.00 as an incidental allowance each day — this is in addition to hotel expenses and daily sustenance allowances. President Weah who departed the country on November 1, 2022, is in violation of these provisions.
Additionally, there is no publicly available information on the number of people on this delegation and the total cost of funding this delegation for over 40 days. We call on the Ministry of Finance and Development Planning, and the Presidency to be transparent on this matter. We caution President Weah against violating the laws he was elected to enforce, and the oath he took to defend the constitution and provide stable leadership for Liberia.
Less than a year to the 2023 general and presidential elections, President Weah has yet to approve critical legislation that could make it possible for the NEC and other stakeholders to conduct free, fair, and credible elections in 2023. Two important laws have been passed by both Houses of the Legislature pending presidential approval since September 2022: (1) An Act to amend certain Sections of the New Elections Law (1986) was passed by the Liberian legislature in 2022. This bill includes amendments to Section 4.5, which also states that political parties “shall have no less than 30%” of either gender in their leadership and on their list of candidates for electoral offices; (2) The bill amending several sections of the Code of Conduct Act, including a provision that would oblige appointed officials aspiring to run or canvass for elected offices in the October 2023 elections to resign one year before the elections.
We also note that, although elections are just 11 months away, the National Elections Commission, (NEC) remains severely underfunded, thereby impacting the commission’s ability to carry out key pre-electoral activities. The Government of Liberia has made less than 25% payout of the US$61m approved for the conduct of the National Elections. We like to stress that a successful election is the outcome of a series of processes that take place before the day of voting. Free and fair elections play a critical role in peaceful political transitions and reinforce the legitimacy and mandate of the government. The conduct of credible elections, therefore, would require adequate and timely allocation of resources to the NEC during all phases of the electoral cycle.
Additionally, the current situation with the conduct of the National Population and Housing Census which has been delayed by four years is deeply concerning. Even though the original deadline set in a Joint Resolution of the Legislature mandating the Executive to conduct the Census from October 14 to November 7, 2022, has expired, there are valid concerns that the current exercise might not produce credible results due to mismanagement and leadership failure.
We note that the recent extension of the exercise from November 22 to January 12, 2023, and further delays will have grave implications for the conduct of the elections in 2023, particularly in demarcating and apportioning electoral constituencies. Given the delays with the Census and controversies over its conduct, there are meaningful risks that the NEC may not have sufficient time and resources to fulfill its mandate in using the Census results to apportion constituencies as provided for in Article 80(e) of the Liberian Constitution which states:
“Immediately following a national census and before the next election, the Elections Commission shall re-apportion constituencies in accordance with the new population figures so that every constituency shall have as close to the same population as possible; provided, however, that a constituency must be solely within a county”.
President Weah’s failure to approve the key electoral bills and the continued underfunding of the NEC risk undermining both the management and conduct of the polls, the integrity and credibility of the outcomes, and a potential constitutional crisis.
We implore all stakeholders, particularly President George Weah, to take the appropriate actions to address these concerns and avoid potential constitutional crises as we move to a major election in 2023.
Finally, Naymote calls on the National Elections Commission, to put the national interest above personal interest, greed, and ego to save the nation from the crisis by conducting themselves in a manner that ensures the credibility and integrity of the Commission. We also call on the National Elections Commission to release the electoral calendar for the 2023 elections.
Previous PostBid Notice: Hiring of a local Financial Management institution/Expert/Service Provider to procure 2022 QuickBooks Accounting Software, install and conduct QuickBooks Accounting training for Naymote Financial Management TeamNext PostNaymote Cautions President Weah Against Violating Liberia’s Constitutions
0Shares 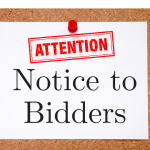