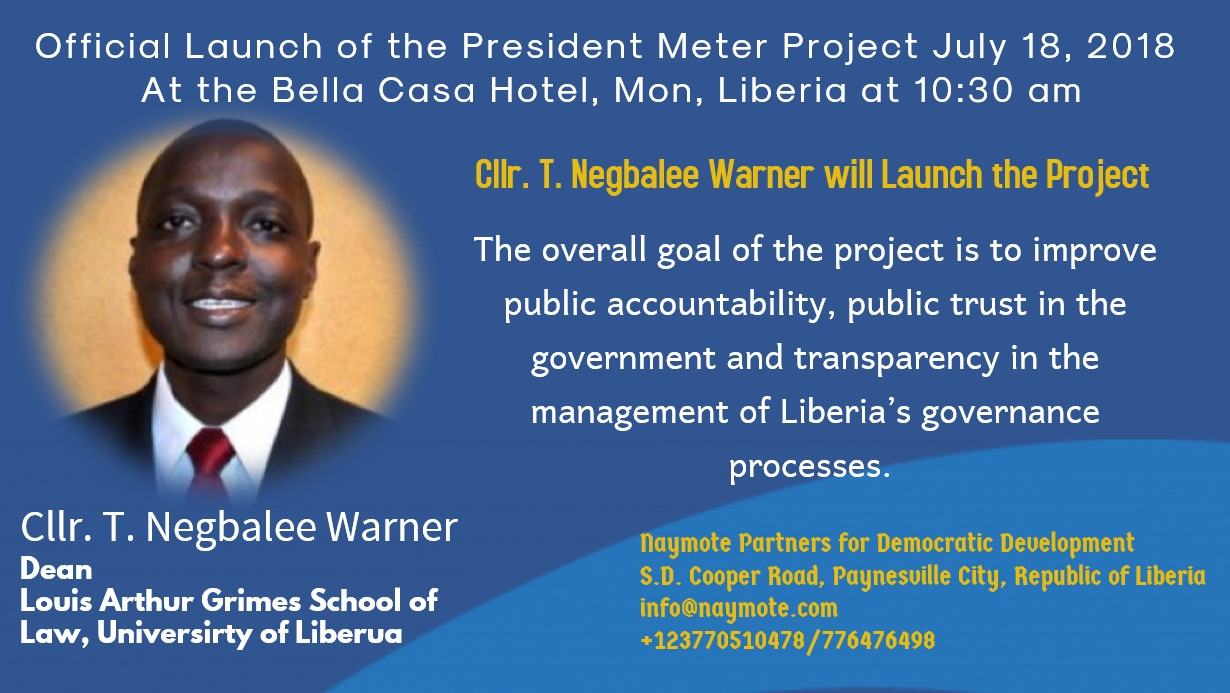 The President’s Meter is designed to ensure democratic accountability by documenting, monitoring, and tracking President George M. Weah’s government’s progress in the implementation of its campaign and governance promises under the “Change for Hope” slogan. The project is being implemented by Naymote Partners for Democratic Development with support from the Open Society Initiative of West Africa (OSIWA).

The overall goal of the project is to improve public accountability, public trust in the government and transparency in the management of Liberia’s governance processes.

The Executive Director of Naymote, Mr. Eddie D. Jarwolo said that an online platform will be used to track the government’s progress in the implementation of its promises and it will be done by trained professionals. He mentioned that his institution has identified and quantified 66 promises from the CDC’s Manifesto and 20 promises from speeches and other sources made by the President after his induction.

Mr. Jarwolo further stated that during the project period, his institution, NAYMOTE will host series of town hall meetings to share update on promises documented, produce citizens’ report cards on the government’s performance, conduct national stakeholders’ dialogues on the status of the campaign promises achieved, ongoing and not started as well as develop policy briefs to be shared through various media outlets and with various stakeholders. The institution will collect, compile, analyze and release quarterly report on the status of campaign promises documented.

He’s calling on the government, international partners, media and citizens to support the successful implementation of the President Meter project because he strongly believe that it will help promote demand for good governance in Liberia as well as ensure that the CDC led government live up to citizens expectations.