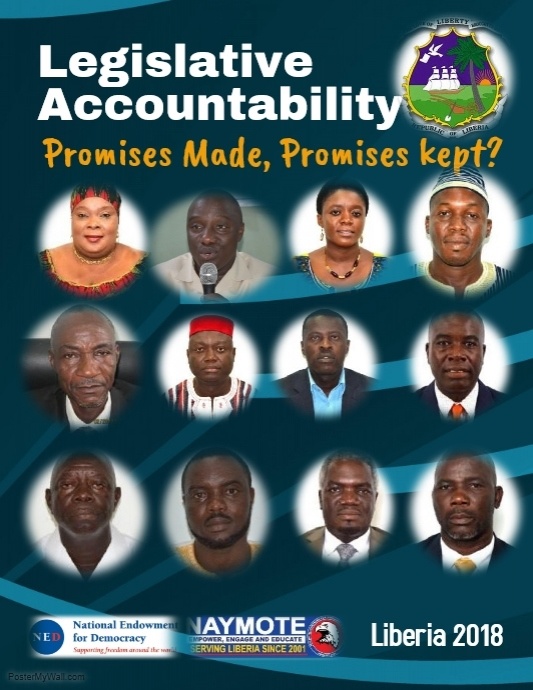 (January 11, 2019) Naymote Partners for Democratic Development, Liberia’s prime democratic advancement institution releases its first Legislative Accountability Project (LAP) report Jan 2018-Jan 2019. The report presents the collective findings of 97 campaign promises tracked, documented and rated by Naymote against progress made by 12 elected members (10 males and 2 females) including three incumbents and nine new members of the House of Representatives of the 54th National Legislature from five counties in Liberia. The LAP is an independent monitoring and tracking tool that enables civil society actors and voters to evaluate the implementation of campaign promises made by elected lawmakers.

Of the 97 campaign promises tracked and rated, 10 were rated as completed, 66 promises are ongoing, 9 not started, and 12 not rated due to the lack of information to easily verify whether an action has been taken on a promise.