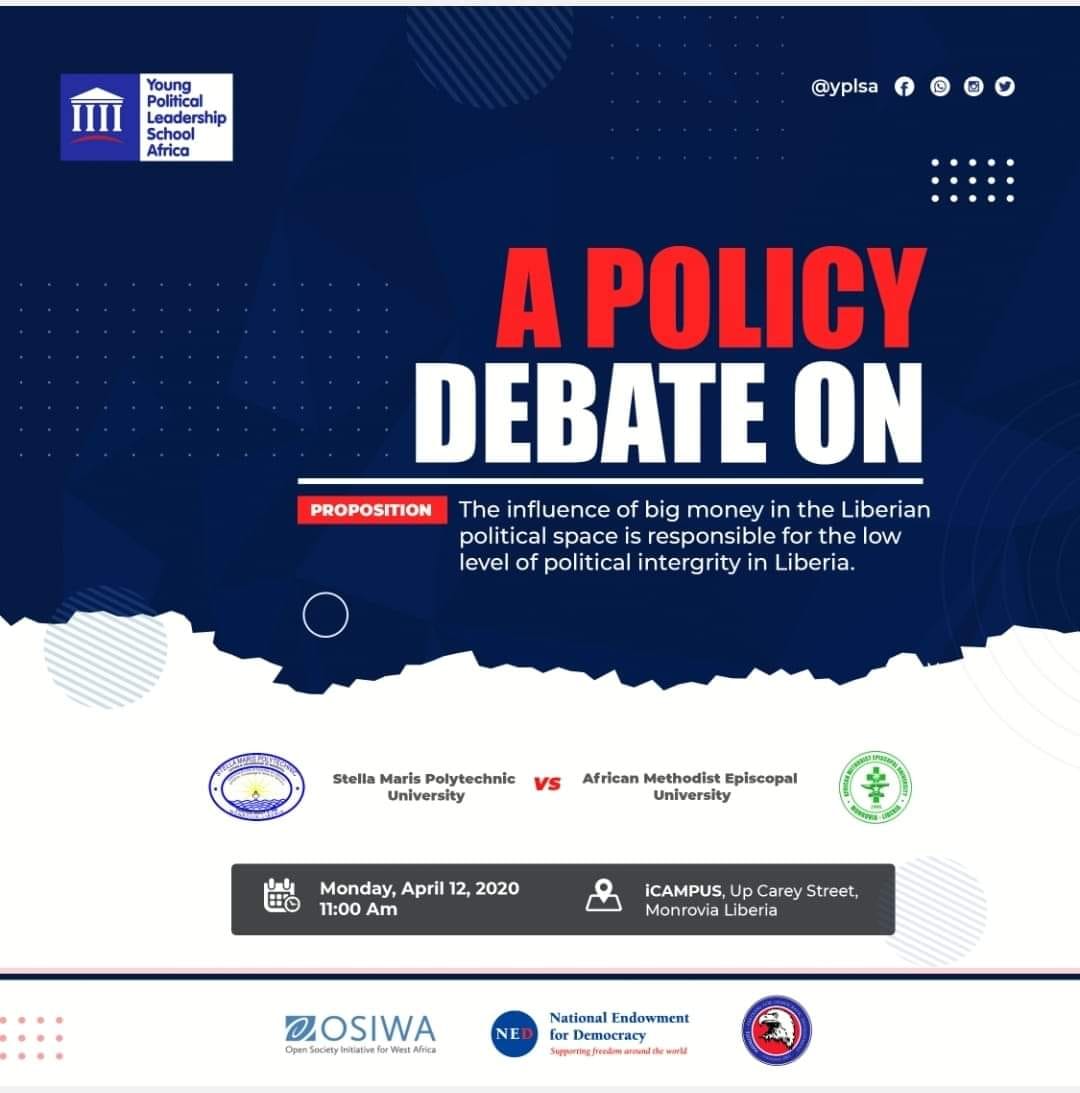 The policy debate focused on advancing political integrity, limiting the influence of big money in politics and broad participation of youth in political decision-making. Integrity is important for politicians because they are chosen, appointed, or elected to serve society. Politicians are given power to make, execute, or control policy.

This policy debate served as a key actor in enabling students advocate for and against a typical policy change to improve political integrity, limiting the influence of big money in politics and how to increase youth voice in political affairs.

The event was funded by Naymote Partners for Democratic Development.