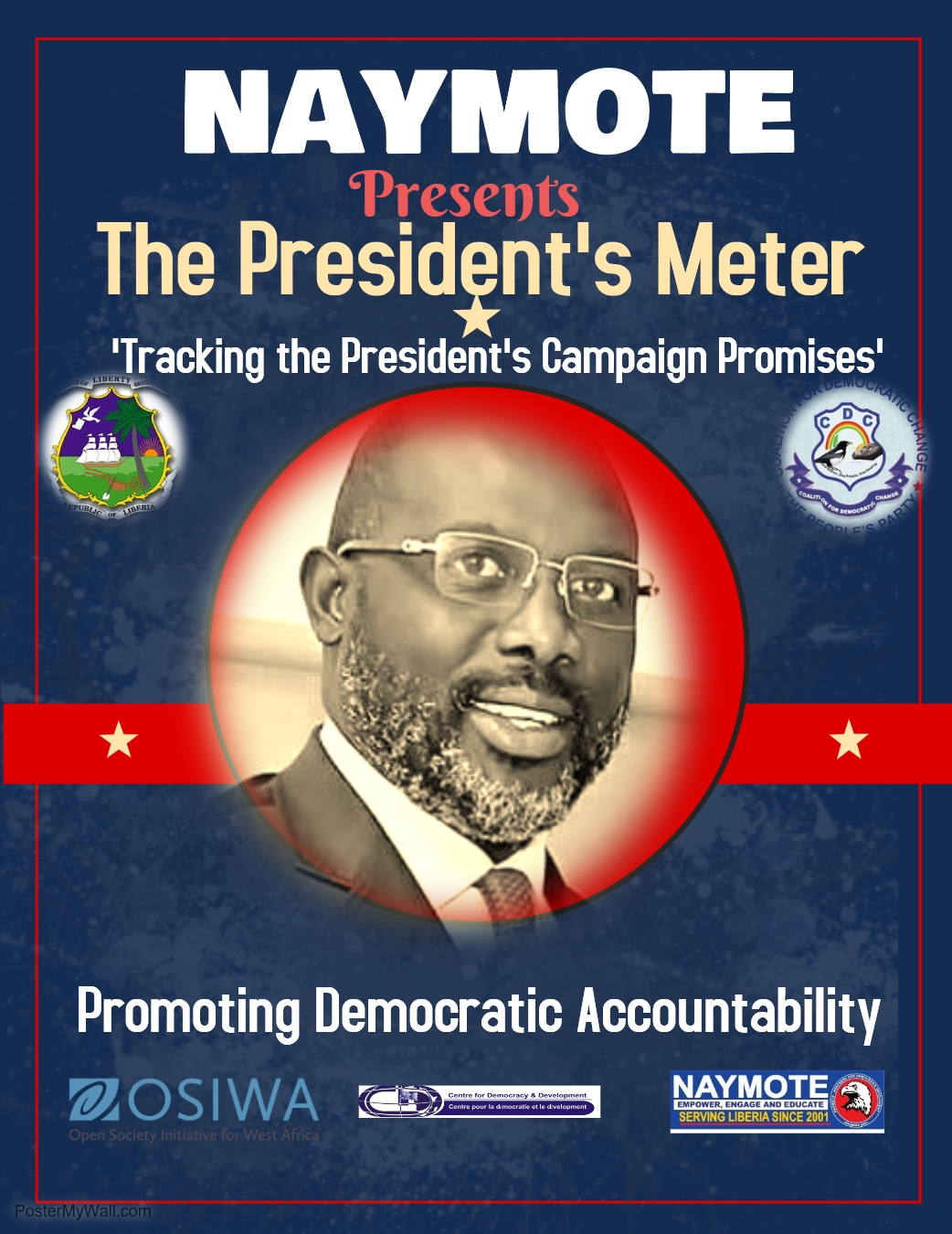 Naymote Partners for Democratic Development presents the President’s Meter, a project designed to track the President’s Campaign Promises through an online system. The system is managed by trained staffs and professionals who will track campaign promises achieved, ongoing and not rated quarterly. The overall goal of the project is to improve public accountability and transparency in the management of Liberia’s governance processes.

The project is expected to increase accountability of the Coalition for Democratic Change (CDC) led government on its electoral campaign promises; increase advocacy for better governance and provide space for citizens’ participation in the debate on public policies.

As part of the project, NAYMOTE has produced 800 copies of the CDC’s Manifesto to be distributed across the country to help citizens understand what was promised during the elections. The institution is also conducting series of coffee shop discussions on the manifesto and is currently airing a drama series titled, “We Voted, So What?” across four community radio stations in Bong, Margibi, Lofa and Nimba Counties educating citizens on the four pillars stated in the CDC party’s manifesto.

The project is implemented in partnership with the Nigeria based group Centre for Democracy and Development with support from the Open Society Initiative for West Africa and will last for one year.