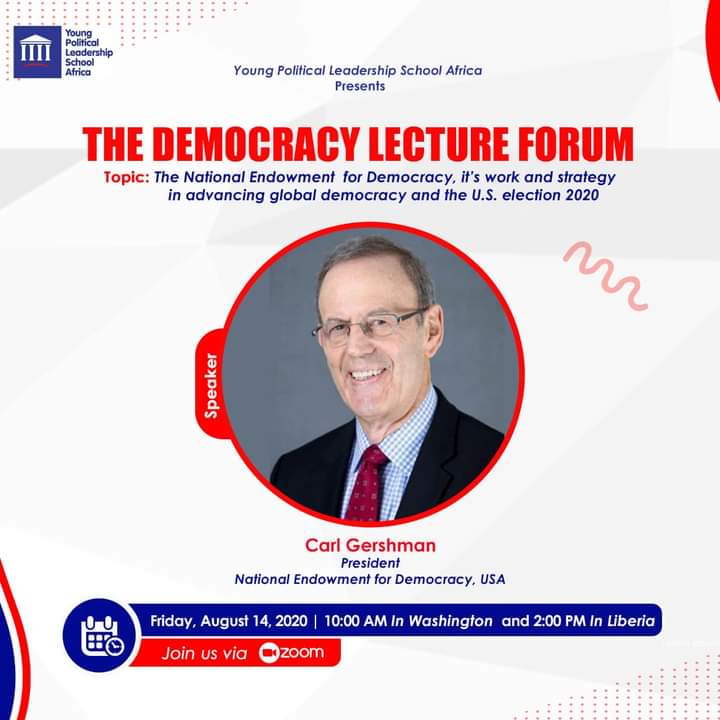 LEARN, STAND UP, AND DEFEND DEMOCRACY

Our speaker is Carl Gershman, the President of the National Endowment for Democracy, a private, congressionally supported grant-making institution with the mission to strengthen democratic institutions around the world through nongovernmental efforts. In addition to presiding over the Endowment’s grants program in Africa, Asia, the Middle East, Eastern Europe, the former Soviet Union and Latin America, he has overseen the creation of the quarterly Journal of Democracy, International Forum for Democratic Studies, the Reagan-Fascell Democracy Fellows Program, and the Center for International Media Assistance. He also took the lead in launching in New Delhi in 1999 the World Movement for Democracy, which is a global network of democracy practitioners and scholars. In addition to encouraging other democracies to establish their own independent democracy foundations, Mr. Gershman is helping to build an international coalition of NGOs and intellectuals committed to the defense of liberal democracy.

It is only through democracy that independent civil society, including women and young people, can be empowered to partner with public institutions, to assist in the delivery of services, to help citizens stay informed and engaged, and to bolster social morale and a sense of common purpose.