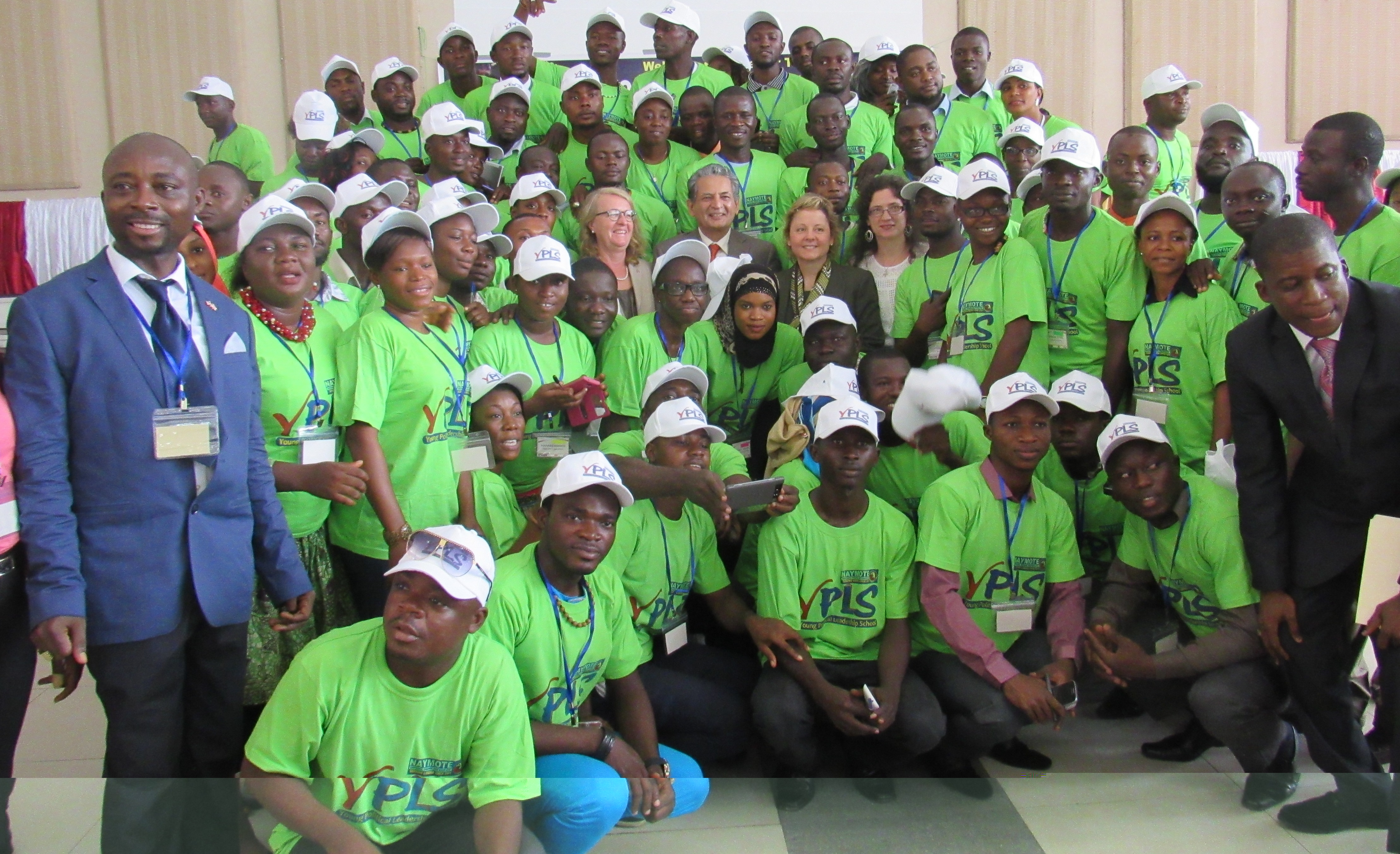 NAYMOTE-Partners for Democratic Development held the second semester of its Young Political Leadership School (YPLS) from August 8th to 12th, 2016 at the Monrovia Christian Fellowship in Monrovia, Liberia. The overall goal of the YPLS semester two was to strengthen and contribute to Liberia’s democracy through the capacity building of young political leaders that can make political institutions more effective players in the political system of the country. The program was also designed in order to improve the effectiveness of youth participation and leadership in politics.

The program provided participants the opportunity to deepen their knowledge of the political process, gain new skills needed for political activism, and create valuable networks with like-minded young politicians. The total number of 85 young political leaders drawn from a cross-section of various political parties, university student leaderships, independent candidates, civil society organizations and community-based organizations who are passionate about improving Liberia’s democracy and electoral politics participated in the training.

The President of the Republic of Liberia, Madam Ellen Johnson Sirleaf served as keynote speaker on the topic: “Young Political Leaders and the Transformation of Liberia”, while the Ambassador of the Embassy of the United States of America- H.E. Christine Elder, Ambassador-Embassy of Sweden, H.E. Madam Lena Nordstrom and U.N. Special Representative of the Secretary General, H.E Farid Zarif, also addressed the opening session. The Country Representative- Open Society Initiative for West Africa (OSIWA), Mr. Lamin Lighe, Executive Director-National Elections Commission among other dignitaries graced the opening session.

The training sessions also included lectures, discussions, role-plays, networking exercise, planning session and screening of video documentaries. The experienced team of trainers use participatory methods, rich in visual elements by ensuring that the training was highly practical, participatory and interactive, learner centered as well as promoted feedback sharing mechanism. During the training session, a mock electoral campaign event were conducted by participants. They practiced and demonstrated lessons learned from training sessions on Message development, campaign planning, and leadership among others.

At the end of the training program, a formal graduation exercise was held and participants were awarded certificates by NAYMOTE in campaign planning and leadership. They expressed thanks and appreciation to NAYMOTE and partners, facilitators as well as donors for affording them the opportunity to learn. Representatives from USAID, NDI, National Elections Commission (NEC), Political Parties and Civil Society Organizations attended the closing ceremony on the last day of the training.