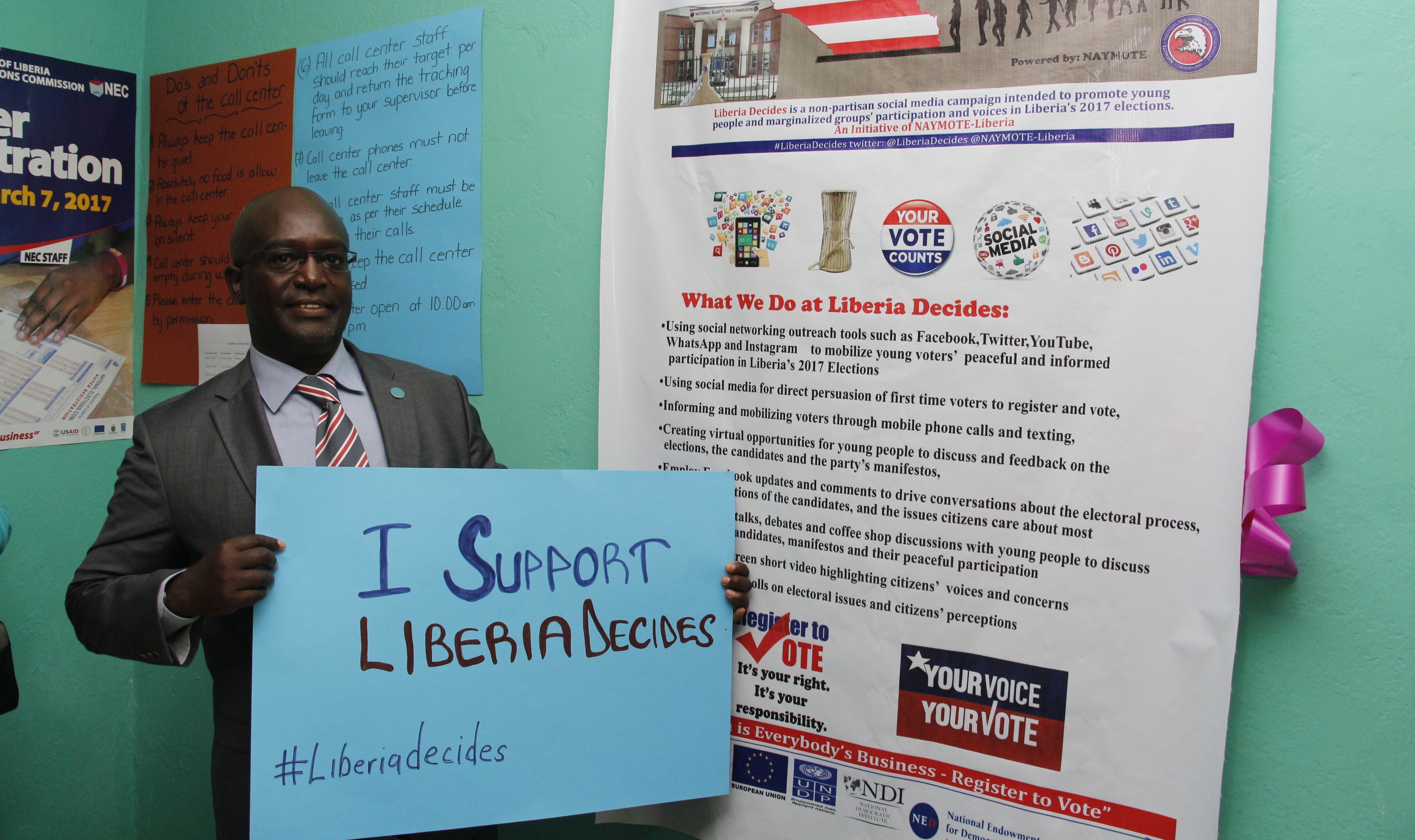 With advancements in Information Technology and use of social media in Liberia, citizens have more and better ways to both shape and influence public opinions on the functions of government and decision-making at local and national levels and the electoral process is key for such an event.

“Liberia Decides” is a non-partisan social media campaign intended to promote young people and marginalized groups’ participation and voices in Liberia’s electoral process. The program will inform and mobilize voters in hard to reach communities through mobile phone calls and texting, as well as, create virtual opportunities for young people to discuss and feedback on the elections, the candidates, and the party’s manifestos. Using social networking outreach such as Facebook, Twitter, YouTube, WhatsApp and Instagram to mobilize young voters to participate in peaceful and credible elections in Liberia.

“Liberia Decides” will using social media for direct persuasion with first time voters, encouraging them to register and vote, informing and mobilizing voters through mobile phones calling and texting, creating virtual opportunities for young people to discuss and feedback on the elections, the candidates and the party’s manifestos, employ facebook updates and comments to drive conversations about the electoral process, the policy positions of the candidates as well as issues citizens care about most,

Conducting street talks, debates and coffee shop discussions with young people to discuss the elections, candidates, manifestos and peaceful participation, producing and screen short video highlighting citizens voices and concerns as well as conducting opinion poll on electoral issues and citizens perceptions will be done during the campaign. Since Liberia Decides social media platforms were created on January 3, 2017, the institution been having a nice time engaging and educating Liberian citizens about the electoral process. Through “Liberia Decides” facebook page, the institution have attained 344 likes, reached 11,941 persons through posts and 3,702 persons through video documentaries and currently 1.2K viewing the page regularly.