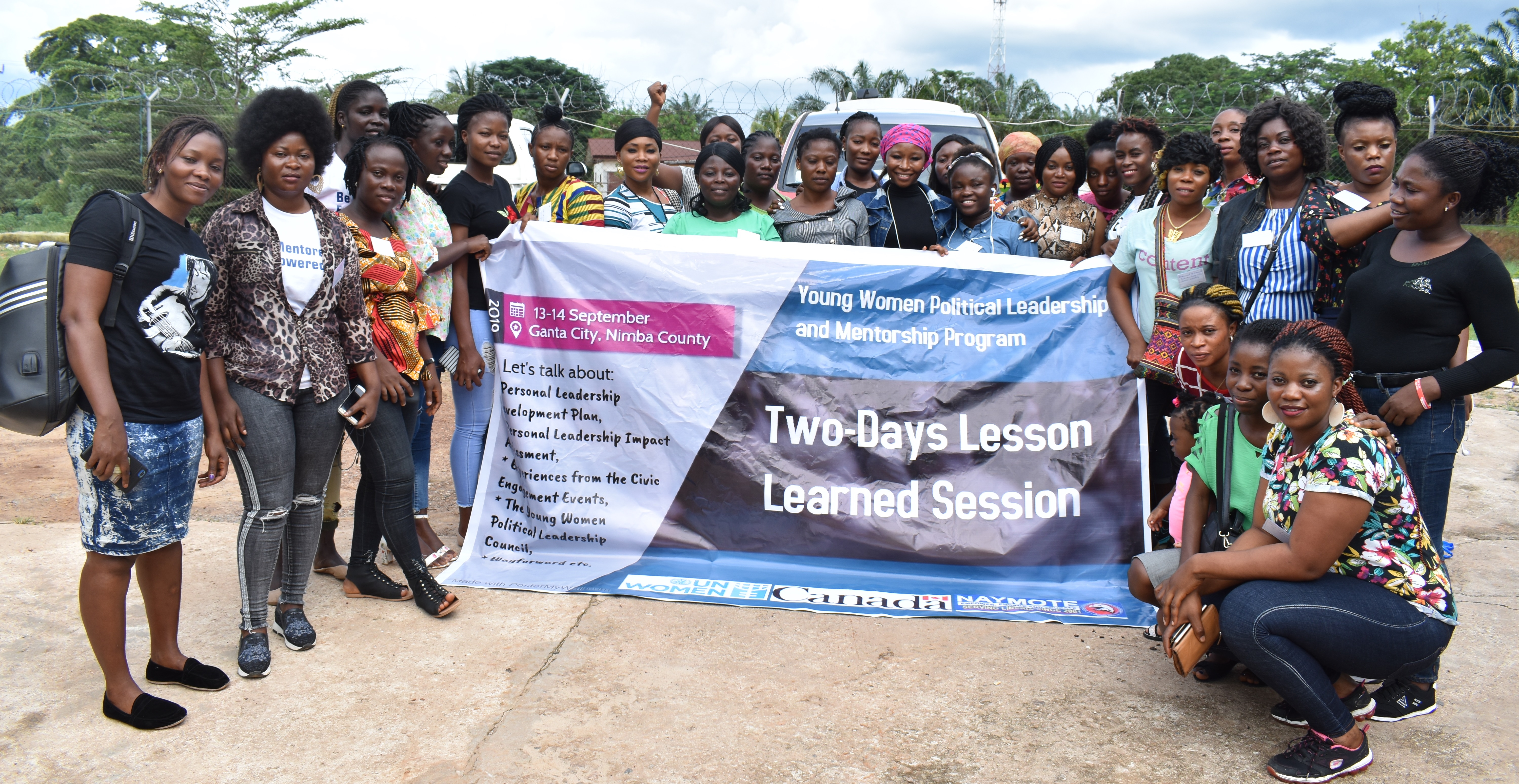 Naymote Partners for Democratic Development on Friday, September 13, 2019 in Gompa, Nimba County officially launched a campaign dubbed: “The Legislature is Not for Men Alone” and  set up the National Young Women Political Council of Liberia. The campaign is intended to raise awareness on the significance of women participation in democratic processes, mentor and empower young women interested in politics to contest Liberia’s 2023 elections and future elections thereby increasing the number of women elected in the Liberian Legislature. Of the 105 seats in the Liberian legislature, women hold a total of 10 seats.

NAYMOTE has allocated One Million Liberian Dollars to rollout the campaign across the 15 counties within 90 days and calling on national and international partners to support this innovative program that could increase the participation and representation of women in the political process and helping young women gain skills needed to take on greater leadership roles in government.

The campaign will be roll out by the National Young Women Political Council of Liberia which comprises of 75 mentees (grassroots leaders) from across the 15 counties who are beneficiaries of the Young Women Leadership and Mentorship Project supported by UN Women Liberia. Over the period of 3 months (October-December), mentees will be engaged in series of civic engagement activities across the country including: Townhall meetings, community dialogues, radio talk shows, coffee shop discussions, street talk, door-to-door awareness amongst other activities.

These mentees or grassroots leaders are middle-level professionals, highly respected, connected and involved with community service programs over the past years. They are working to solve some community challenges that the local government is unable to solve, creating awareness on the values of democracy, participation, representation, gender equality, quality health and education, etc.

The campaign was launched during the institution two days lessons learned session held from 13-14, September 2019 with 40 mentees (grassroots leaders) from across the 15 counties of Liberia. The lesson learned session held is a component of the institution’s Young Women Leadership and Mentorship program. During the lessons learned session, mentees shared amazing stories and experiences from their civic engagement activities, lessons learned, impact, challenges and recommendations. Mentees also expressed their zest for aspiring for political office and commitment for advancing the campaign across the country.

“We are on the battlefield to compete for leadership. Let us not be weak, there will come sometimes that we have to move in the streets and work extremely hard. We cannot do it alone, we need the cooperation of every young woman in Liberia to support this process”. Laura Targbeh, President, National Young Women Political Council.

“The campaign will make women feel that they also have the power and responsibility to form part of the Legislature. Nonetheless, the mentality that women are to stay home and do domestic choices which is one of the major reasons why women candidates have not been supported by other women, will be transformed”. Saykwayee H., Henry, Naymote Mentee, Margibi County

Speaking at the launch of the campaign, Nyasha Memory Chidau, UN Women Representative applauded the young women of the council for contesting for different positions on the council among their colleagues and urged them to engage other young women in Liberia interested in politics and leadership.

Indeed, the institution is grooming a generation of transformational young women leaders who are going to motivate and inspire each other to embrace change.