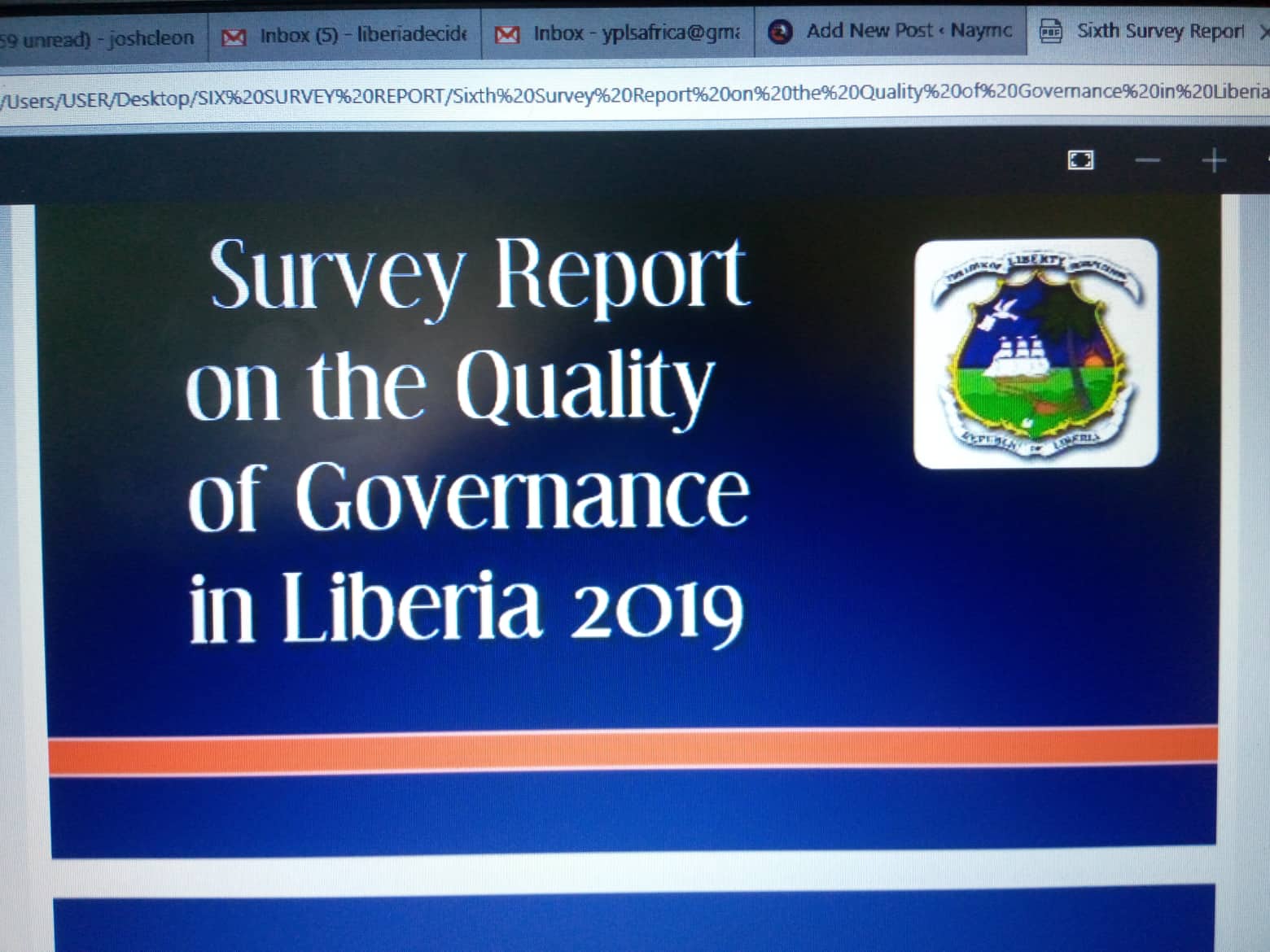 This sixth perception survey report that assesses citizens’ perception of the quality of governance in Liberia is released by Naymote Partners for Democratic Development, a leading civil society organization established in 2001 by youth leaders and student activists to enhance democratic participation of citizens and promote political accountability of elected officials.

The survey targeted a sample size of 3,600 (women 47% and 53% men) registered voters from across 46 electoral districts within the 15 counties, which is a statistical representation of citizens’ views across the country.

The level of engagement between legislators and their constituents is weak. Seventy-five percent of the respondents said they have not attended any event in their district organized by their lawmakers since January 2018. Despite limited engagement with citizens, most survey respondents were satisfied with opposition legislators and opposition political leaders’ ability to hold the government accountable. 65% of the respondents said that they are very satisfied or satisfied with the way political parties are engaging and holding the ruling party accountable for the commitment to service delivery. On the other hand, 31% said they are not satisfied with the roles of the opposition political parties playing in holding the government to account.

At the same time, mistrust of the Liberia Drug Enforcement Agency (LDEA) has decreased. In the 2018 report, 72% of respondents said they did not trust the LDEA as compared to 57% of respondents in this survey.

Please click link to read/ download the Sixth Survey Report on the Quality of Governance in Liberia 2019.